In this very special bonus episode of British Murders, I am joined by John from the 'Reddit On Wiki' podcast and my lifelong friend Dav as we discuss the double-murder suicide case of former WWE wrestler Chris Benoit.⁣
⁣
Over a three-day period from June 22 to 24, 2007, the former two-time world champion killed his wife Nancy Benoit and their 7-year-old son, Daniel, before finally hanging himself.⁣
⁣
Benoit was booked to become ECW Champion at WWE’s Vengeance: Night of Champions pay-per-view on Sunday, June 24, 2007, but he no-showed the event.⁣
⁣
On Monday, June 25, 2007, WWE cancelled their scheduled three-hour-long live Raw TV show and replaced it with a tribute to Chris Benoit's life and career.⁣
⁣
On Tuesday, June 26, 2007, after details of the murder-suicide became available, the company aired a recorded statement before its ECW broadcast advising that Benoit’s name would not be mentioned again.⁣
⁣
Except for his results and listings in WWE's title history, the WWE website has removed all past mentions of Benoit, including his biography and the video tribute comments made by his fellow wrestlers.⁣

Support the show on Patreon for early access to ad-free-episodes:
https://www.patreon.com/britishmurders

Coulson, J. (2020, March 27). Why The Diving Headbutt Should Be Outlawed From Wrestling. TheSportster. https://www.thesportster.com/wrestling/diving-headbutt-outlawed-banned-wrestling/

Tempest. (2020, March 27). Ten Things We Learned From Dark Side Of The Ring: Chris Benoit. WrestleTalk. https://wrestletalk.com/news/ten-things-we-learned-from-dark-side-of-the-ring-chris-benoit/ 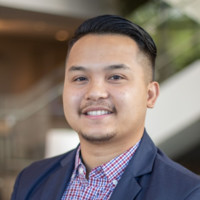 John is an Air Force Veteran who co-hosts both 'Reddit on Wiki' and 'The Dumb, Found Dead' podcasts.